Have you purchased your ticket? Buy your Need To Know ticket today! 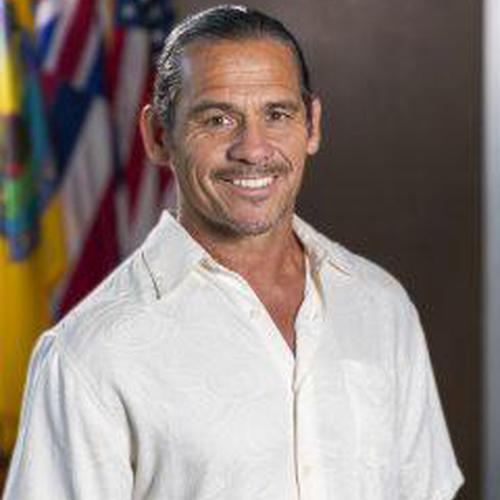 Event covered by this speaker

David Lopez joined HI-EMA in 2015, as the Hurricane Program Manager; with the reorganization of HI-EMA, his position evolved to Critical Systems and Logistics Planner; he served as an interim Branch Chief and in 2020 was promoted to the Executive Officer. With over 20 years of experience in international crisis management, David has developed threat mitigation plans, response plans and has responded to events ranging from hurricanes, to aircraft disasters, and terrorist incidents.

In 2016, David was awarded the Wiwo’ole Award by HI-EMA for distinguished service as the Hurricane Program Manager. In 2017, he was HI-EMA’s Employee of the Year for the development of a systems approach to State Emergency Management and subsequent Critical Systems Vulnerability Brief. In 2018, he earned the Department of Defense’s Sustained Superior Performance Award for continued exemplary work performance through a series of emergencies.

Prior to joining HI EMA, David was the CEO of Office of Special Services, where he led company teams in support of US Government, host nation government and private industry interests in emerging nations, primarily in the Middle East and North Africa for over 10 years. It was during this period, he was recognized for the development of the Afghanistan National Interdiction Unit, which because of David’s strategic plans and training, not only became the premier Afghan narco-terrorist unit but the primary rescue unit for the country’s response to natural and aircraft disasters. The success with the NIU led to his selection to assess and develop a strategic plan to assist the Afghan National Disaster Management Agency to transition from a name only organization to an effective operating agency.

From 1990 through 2004, David served in the US Army, as a member of the 75th Ranger Regiment and the Counternarcotic Task Force, deploying worldwide and conducting numerous missions throughout his time in service.

Your logo could go here!

If you'd like to get your brand in front of attendees following the categories this speaker is talking about (on this page, via email and during each talk) contact us.
We use cookies This website (and some of its third-party tools) use cookies. These are important as they allow us to deliver an exceptional experience whilst browsing the site.